What’s an Explainer Video – and Why Do You Need One? 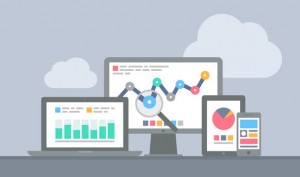 According to Gizmodo, the infographic can be traced back more than two and a half centuries to 18th century Scotland. William Playfair, an inventor, started to turn statistics into colourful line charts, pie charts and graphs.

Presenting data in the form of a pretty picture is clearly nothing new, and the use of infographics has exploded in the never-ending quest for fresh content. You can see some fantastic examples of data visualisation over on the Guardian’s Data Store.

Now, businesses are moving on again, beyond the infographic and towards a new era of visualisation: the explainer video.

Explainer videos, or infographic videos, are animated web videos focusing on a set of data. Rather than turning the data into an image, we turn it into a short, snappy video instead.

An explainer video serves the same purpose of an infographic. But because it’s animated, it breathes life into the facts and figures, entertaining the viewer for longer and helping them take it all in. Explainer videos are easily accessible and work well on a range of devices, from smartphones to widescreen monitors and everything in between.

Perhaps the most compelling reason to use an explainer video is the huge potential to convey a strong message about your brand. The voiceover, music and visuals all reinforce authority and deliver a consistent message about your business. In an infographic, you haven’t got that same level of flexibility for branding.

Ready to move on from infographics? Data visualisation lends itself perfectly to the web video format, and you can back it up with images, articles and social media sharing. With a short, snappy web video on your site, you’ll have the ideal focal point for an effective content marketing drive.

You can read more about explainer videos on our Animated Explainer Video page.

Creature Productions is a small but mighty Explainer Video Company based in the UK. Our mission is to make animated videos that help engage viewers, sell your product and reinforce your brand.